It’s been called the “most exceptional science conference in the world,” and on November 9 in Berlin, the Falling Walls Conference lived up to its billing. In a universe of scientific conferences, what makes the Falling Walls Conference exceptional is its focus on building bridges between business politics, and academia, and breaking down barriers to solutions of some of the most pressing global challenges—the same sort of problems we at Springer Nature and others call grand challenges.

Twenty-eight years to the day after the Berlin Wall fell, the talks offered a glimpse of once-solid walls that have begun to tumble. Guus Velders, a leading atmospheric scientist from Utrecht University, mentioned how his early work led to the 1987 Montreal Protocol, that banned chemicals called chlorofluorocarbons (CFCs) that damaged the ozone layer. Then he described how the chemicals that replaced CFCs, the hydrofluorocarbons (HFCs), turned out to be extremely powerful greenhouse gases that drive climate change, which is also one of the grand challenges we’ve chosen to focus on.

Food security was the focus of Sayed Azam-Ali, the CEO of Crops For the Future, which helps develop underused crops for food and non-food uses.

Although people have cultivated hundreds of plant species, humanity relies hugely on just four crops—wheat, rice, soy and maize—to fuel ourselves. But there are hundreds of other edible plant species — the bulk of plant biodiversity, in fact—that have gone mostly untapped.

Those crops will be needed in a warming, increasingly crowded world that’s using resources at an unsustainable rate, Azam-Ali said. Growing them for food could improve both human nutrition, while allow farmers to use less water and less fertilizer (which is hugely energy-intensive to produce). This addresses the basic issue at the food-energy-water nexus, another grand challenge we’ve chosen—namely, that growing crops in today’s world requires unsustainable inputs of energy and fresh water. This means that we need solutions that address food, energy and water security together—such as cultivating orphan crops.

But even if there’s enough nutritious food to go around, there’s another serious global health menace to combat. Right now one person dies of a common microbial infection every ten minutes—and it’s predicted that by 2050, one person will die of such an infection every three seconds, dwarfing the mortality from cancer, diabetes, cholera, etc., said Timothy Walsh, a medical microbiologist at Cardiff University.

“We are going back to the preantibiotic era,” Walsh said.

Walsh described two dangerous strains that are already menacing parts of Asia: NDM-1, which resists a last-ditch antibiotic called carbapenem, and MCR-1, which is resistant to another last-ditch antibiotic called colistin. “Once that goes, it’s game over—we are at pan-drug resistance,” Walsh said. And half a billion people already carry MCR-1 as part of their normal gut flora, Walsh said.

The situation has gotten so serious because the “bacteria are falling apart and becoming less fussy about the DNA they have in them,” including antimicrobial genes, and because of our own myopia and lack of global approach to fighting antimicrobial resistance. Walsh argues for bans of colistin in agriculture, and to expand a global effort to tackle pan-drug resistance.

His words were one more example among many at Falling Walls that while the global challenges we face are serious, tackling them can be a source of passion and inspiration—not just for scientists, but for us all. — Dan Ferber

About the Grand Challenges Programme

Back to About the Springer Nature Grand Challenges Programme
Next 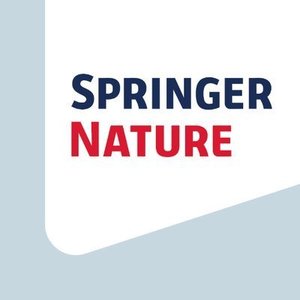 Science and the Sustainable City Summit