The meteoric rise in the value of cryptocurrencies inevitably raises the question of the nature of money and whether Bitcoin and other digital “coins” are moneys and whether they should be regulated as currency or as other forms of property.

Although Bitcoin and other forms of cryptocurrencies are promoted as unique creations, owing to the rise of the Internet and blockchain technologies based on cryptography, humans have long used a wide variety of objects and mechanisms to exchange value for goods and services. For several millennia, the medium was tangible such as seeds, shells, and other objects which later were replaced by metallic objects  initially gold and bronze - and then by coins, often engraved with the ruler’s image. Commentators reflecting on Bitcoin often state that it is the first digital currency that arose and likely will either partner with or entirely replace currencies as we know them. Such commentaries are not entirely accurate inasmuch as digital currency (currency not evidenced physically as coins and paper money known as “fiat money”) is exemplified by the use of special drawing rights (SDRs), first introduced in 1969 by the International Monetary Fund (IMF).  The IMF alleges that SDRs are not a currency but may operate as a voluntary exchange for existing currencies and as a unit of account within the IMF and other international organizations. Note, however, that they are a substitute for gold reserves required of a member states to participate in the IMF and exist only as a digital representation akin to digital currencies.

The IMF defines “money” as anything that may act as (a) a store of value that people may keep and use at a later time; (b) a unit of account providing a common base for prices; or (c) a medium of exchange that people use and exchange with one another. It appears that Bitcoins clearly meet the definition of money in each of the three attributes.

The value of objects or digital representations designated as forms of currencies depends on the trust placed on them by the user or observer. Thus, the value of a $100 trillion note by the Bank of Zimbabwe amounts to what people pay to purchase them as souvenirs; it has no actual value for the exchange of other assets or services. We value the dollar, euro, or pound, because we are able to exchange the currency for other desired objects or services in the marketplace.
Although the U.S. Internal Revenue Service has determined that bitcoins and other related digital currencies are “property” for tax purposes, i.e., any profit made from the purchase and resale of the currencies is a taxable event, nevertheless, many countries treat them as currencies and have in the past banned them to avoid competition with existing national currencies. If people use cryptocurrencies for the purchase of apartments (e.g., in Dubai at one time), or other mainline purchases, then it is difficult to argue that they are not currencies. The fact that these currencies have no physical properties but are computer generated coins or ether makes them no less valuable than fiat currencies.

The reasons given for the rise of alternative forms of currencies are relatively numerous. Underlying bitcoins and other related cryptocurrencies is the blockchain, which is an electronic distributed ledger technology. Blockchain is based on the use of cryptography and it comprises an algorithm and a key. Through the use of public and private keys to engage in transactions, there is no need for an intermediary and transactions are near impossible to hack. Thus, digital currencies have been used for unlawful transactions by drug dealers and other criminal elements and by countries with currencies that are subject to international sanctions, such as North Korea. Other reasons for the rise of digital currencies are the savings accrued by the elimination of significant fees charged by third parties such as banks and other similar institutions. Additionally, the use of the blockchain technology eliminates security concerns circumvents the lack of convertibility or unavailability of funds in mainly poorer third-world countries, accommodates the desire for anonymity - often to escape taxation and other governmental interference, enables the universality of cryptocurrencies, incentivizes the inevitability of the modernization of payments, and also underlies the profit motivation.

After its initial concern regarding the unlawful use of blockchain as a means for avoiding criminal and other wrongful behavior and realizing the inability of wrongdoers to hack its confidential data, the U.S. government has now adopted it in various agencies particularly by the Defense Department and the Food and Drug Administration. The technology is as groundbreaking and affects all of our lives as the development of the Internet. Whether the technology as the basis for cryptocurrencies will transform monetary and fiscal policies remains to be seen. As more businesses acclimate to the acceptance and distribution of the digital currencies, they most likely will either supersede fiat currencies or act in conjunction with them.

Back to Digitally Transformed World
Next 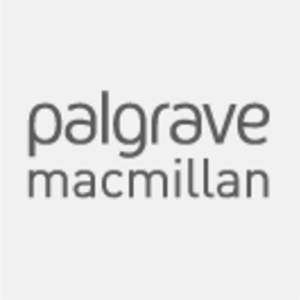 Will China lead the world in AI by 2030?
Digitally Transformed World

No limit: AI poker bot is first to beat professionals at multiplayer game