It is no secret that mountain regions, such as the Hindu Kush Himalaya (HKH) region, are no longer isolated from globalization. Climate change is the most crucial driver of change, which tends to affect mountain people and ecosystems more rapidly and with greater intensity. Besides climate change, the HKH region is undergoing rapid change driven by stressors such as human conflicts, and factors like globalization, infrastructure development, migration, tourism, and urbanization.

Despite the fact that the HKH spans eight countries from Afghanistan to Myanmar with a population of 240 million people, very little is known about its ecosystems and inhabitants. The new open-access book “The Hindu Kush Himalaya Assessment: Mountains, Climate Change, Sustainability and People” provides the first comprehensive assessment of the HKH. The report focuses on a variety of drivers of change in this region which are influenced by climate change. More than 350 leading researchers, practitioners, experts, and policy-makers have contributed to this assessment between 2013 and 2018. In cooperation with the Hindu Kush Himalayan Monitoring and Assessment Programme (HIMAP) under the coordination of the International Centre for Integrated Mountain Development (ICIMOD), the result is a compelling report which constitutes the first comprehensive overview of ecosystems and people in this region.

Taking the United Nations’ Sustainable Development Goals (SDGs) into consideration, the assessment addresses the environmental, economic, and social pillars of sustainable mountain development for the future. The report aims to be a solid foundation for evidence-based decision-making to safeguard the environment and advance people’s wellbeing. “The publication of the Hindu Kush Himalayan Monitoring and Assessment Programme’s (HIMAP) flagship piece—The Hindu Kush Himalaya Assessment: Mountains, Climate Change, Sustainability and People—is an important milestone in a larger process that aims to bring together researchers, policy makers and the public to better manage the HKH so that women, men, and children can enjoy improved well-being in a healthy mountain environment,” says David Molden, Director General of the International Centre for Integrated Mountain Development, in the foreword of the report. The report will be the first of a series about the HKH. “The Hindu Kush Himalaya Assessment: Mountains, Climate Change, Sustainability and People” has been published as an open-access book by Springer. It can be read and downloaded on Springer Nature’s content platform SpringerLink free of charge: https://www.springer.com/gp/book/9783319922874#aboutBook 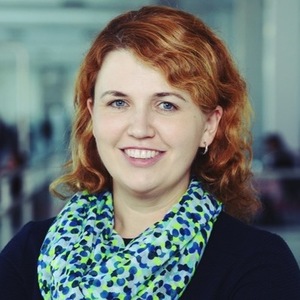