Socioeconomic differences in nitrate levels in US water

A recent study in Environmental Health shows that 5.6 million Americans could be exposed to drinking water with levels of nitrate above 5mg/L.

The US Environmental Protection Agency recommends that drinking water should not exceed 10 milligrams per litre (mg/L) of nitrate. A recent study published in Environmental Health has shown that although 99% of community water systems (CWSs) in the US do not exceed the maximum contaminant level of nitrate, a small percent had nitrate levels above 5mg/L. This level of nitrate may be associated with adverse health outcomes such as cancer, birth defects, and preterm birth according to previous research. The research found that Hispanic communities are disproportionately exposed to the higher nitrate levels compared to any other community.

In this nationwide study, 39,466 CWSs were examined where 1,647 had nitrate concentrations of above 5 mg/L. These 1,647 CWSs serve 5.6 million Americans. The authors used data on race, ethnicity, poverty, home ownership, and proportion of households in urban areas from the U.S. Census Bureau and compared this with the water system data. The findings showed that Hispanic residents more often lived in areas serviced by water systems that had average nitrate concentrations above 5mg/L. This may be because many US farmworkers are Hispanic, and agriculture is a major source of nitrate pollution (eg. runoff from fertilizer use). However, the researchers still saw a disproportionate amount of Hispanic communities exposed to higher nitrate levels, even after accounting for agricultural land use.

Interestingly, the proportion of non-Hispanic black residents showed an inverse association where there was a 1.3% decrease in nitrate concentrations and a 4.4% decrease in the likelihood of high nitrate. Analysis of poverty and home ownership showed mixed results, where poverty showed an association with higher nitrate levels in county-level analysis but not in city-level analysis and home ownership showed associations in the opposite direction.

The conclusions of the study suggested that government programs may need to do more to improve the drinking water quality in vulnerable communities, especially in communities with high proportions of Hispanic residents. As epidemiological evidence has shown adverse health effects associated with drinking water above 5 mg/L nitrate, the authors also suggest that the federal nitrate standard may need to be re-evaluated. 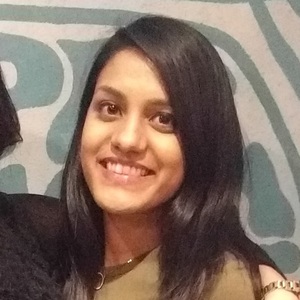 Advancing the SDGs through green finance